Stars twinkle when there appear to be variations in their brightness. Astronomers call this phenomenon atmospheric scintillation, and it’s caused by motion in the atmosphere.

Specifically, changes in atmospheric temperature cause small fluctuations in the air’s density. As starlight passes through the atmosphere, it’s refracted or slightly alters direction, creating a twinkling effect.

Earth’s rivers, lakes, seas, and oceans teem with life. More than two-thirds of the planet’s surface is covered in water. In deep oceans, most marine life exists in the top 100 m (330 ft) or so, as this is where light and vast quantities of microscopic organisms, called plankton, are most abundant. Plankton is crucial as it forms the basis of marine life diets. All underwater life either feeds directly on plankton or preys on creatures that do.


A FISH
Fish live in water and have a protective covering of scales on their outer bodies. They breathe by absorbing dissolved oxygen in the water using organs called gills located at the back of their heads. Most fish have an array of blades projecting on their body called fins. These give the fish stability in water and help control the fish’s direction of movement.

BONY FISH
Every species of bony fish has a skeleton of bones with a flexible spine, or backbone, running the length of the body. An organ called the swim bladder enables a constant buoyancy, regardless of the changing water pressure. This ocean sunfish is the heaviest bony fish – some weigh as much as 2,000 kg (4,400 lbs).

CARTILAGINOUS FISH
Skates, rays, and sharks, such as this great white, are all cartilaginous fish. They lack a true backbone, but have a structure made of gristly cartilage. They also lack swim bladders and must maintain their depth by swimming. Most species of shark are predators. Rays are flattened fish that live on the seabed where they hunt smaller fish.

MARINE MAMMALS
Some mammals spend most or all of their lives in water. These include many species of whale, porpoise, and dolphin, and plant-eating dugongs and manatees. All of these creatures that stay in the water must surface to breathe. Other marine mammals, such as this sea lion, along with walruses and seals, are skilled swimmers but must return to land to breed and reproduce.

ECHINODERMS
Starfish, sea urchins, and star dollars are all echinoderms. Their skeletons are made of chalky plates that are sometimes covered in small spines. All echinoderms’ bodies are divided into five parts. Starfish, for example, all have five arms and five sets of digestive and reproductive organs. If an arm breaks off, it will grow back.

CRUSTACEANS
This group of more than 40,000 species of invertebrates ranges from tiny water fleas no more than 0.1 mm in size up to the Japanese spider crab with a leg span in excess of 3.7 m (13 ft). Crustaceans include shrimps, lobsters, and crabs. They all have hard-jointed shells as well as gills, eyes on stalks, and four or more pairs of jointed legs.

CNIDARIANS
Jellyfish, sea anemones, and coral are all cnidarians. These creatures have no brains or central nervous system. They tend to have a bell-shaped or hollow body and a mouth ringed with tentacles. The mouth contains stinging cells, called nematocysts, which can disable prey. Some jellyfish are harmful to humans – for example, an Australian box jellyfish sting can kill within minutes.

MOLLUSCS
Most molluscs are soft-bodied creatures covered in a shell. These shells are made from calcium carbonate secreted by a body part called the mantle. The giant clam can live for up to 100 years. It can grow to more than 1.2 m (4 ft) across. However, most molluscs (including snails, oysters, and mussels) are much smaller.

SPONGES
There are as many as 10,000 species of sponge. Sponges are simple, invertebrate creatures. They are found mostly in saltwater habitats although some freshwater species exist. Sponges attach to rocks and feed on tiny food particles that flow through openings called ostia. 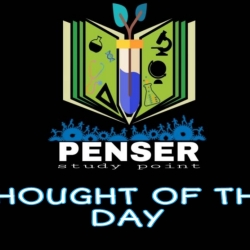 “Instead of worrying about what you cannot control, shift your energy to what you can create.”

The wax that makes up a candle’s body is made of a carbon and hydrogen compound called paraffin. As a solid, it isn’t actually very flammable and if you were to hold a flame against it, it would melt and then evaporate rather than burn.

This is where the wick comes in When you light the string at the top of the candle, the liquid wax is drawn up the wick by capillary action (the ability of a liquid to flow upwards against gravity in a small tube). It becomes so hot that it turns into a gas, which mixes with oxygen in the air and combusts.

We take for granted that a candle burns with a yellow, cone shaped flame, providing light. The reason this happens is due to a process called incomplete combustion, which produces bits of soot. This soot gets extremely hot, causing each particle to glow and produce the characteristic yellow colour.

Our greatest weakness lies in giving up. The most certain way to succeed is always to try just one more time.

I was taught that the way of progress was neither swift nor easy.

Billions of fat cells exist in all body types, sandwiched between the skin and muscle tissue, and it’s the size of these fat cells that determine a person’s weight.

So how does this build up of fatty deposits get broken down when you’re working on losing weight? Put simply, it involves a biochemical process that converts these space demanding molecules in fat cells into usable energy.

The entire process begins when you increase activity levels and reduce calorie intake. By consuming fewer calories than you’re burning, the body will react to the reduction of available energy by producing fat-mobilising hormones, which in turn signal important enzymes, which help break down fat reserves for more energy.

The key enzyme in this process is lipase. Lipase stimulates fat cells so that they release triglycerides (the form of fat within the fat cell). Each triglyceride molecule is then broken down into glycerol and three fatty acids.

The glycerol is broken down further by the liver to release energy, while the free fatty acids are transported directly to muscles via the bloodstream. The enzyme lipoprotein lipase helps the muscle cells absorb the fatty acids, which can be burned for extra energy.

For centuries, people have wondered whether distant stars had planets orbiting around them. Unfortunately, most stars are so far away that it was impossible to spot any planets. But modern instruments have now made it possible to detect planets, and more than 400 of them have already been found.

BABY PLANETARY SYSTEMS
Out in space, new solar systems are still forming. This is the Orion Nebula, where many stars are being born. Around each new star is a spinning disk of gas and dust. If material in this disk starts to clump together, it eventually forms planets that orbit the star.

Pulling power
The first exoplanet in orbit around a Sun-like star was discovered in 1995. The planet was detected from a tiny wobble in the motion of the star 51 Pegasi. As the planet, called 51 Pegasi b, orbited the star, its gravity sometimes pulled the star toward Earth and sometimes away from it. This wobble showed up as slight shifts in the spectrum of the starlight. Since then, hundreds of exoplanets have been found from the wobbles they create in nearby stars.

DUSTY DISKS
Planets form inside huge rotating disks of dust and gas. Even before the first exoplanets were spotted, dust disks were found around many young stars. The first was the disk around a star called Beta Pictoris. In 2008, scientists discovered an object very close to this star. They think it is a giant planet, located somewhere inside the disk.

A planet like Earth?
As planetary systems are fairly common, there may be many exoplanets similar to Earth scattered across the universe. We have not yet found one, but space observatories are expected to do so in the next few years. The system below, called HR 8799, was one of the first multiplanet systems to be recorded. Images like this prove that complex planetary systems do exist—systems that might just contain an Earth-like planet.

“I am thankful for all of those who said NO to me. It’s because of them I’m doing it myself.”

Regular rainbows occur when moisture in the air refracts sunlight in such a way that it is broken up into its constituent colours.
The phenomenon occurs when the Sun is positioned behind you and sunlight passes through the airborne water. The light refracts (bends) inside the droplets and the white light is broken up. Each colour has a different wavelength so, depending on the angle of refraction, a different colour of light will be reflected outwards, the result of this process is what we observe when we see a rainbow.

Every rainbow is accompanied by another, secondary rainbow. but it’s usually too dim to see. This double rainbow effect is due to the continued reflection of light inside each water drop.
Sunlight is actually reflected twice inside a drop: once to produce the primary rainbow and a second time at the back of the drop. This second reflection inverts the light but undergoes the same refraction, so exits in the same way as before – though upside down.
This second reflection reduces the intensity of the sunlight, but it also produces a second inverted rainbow, creating a double arc of multicoloured light.